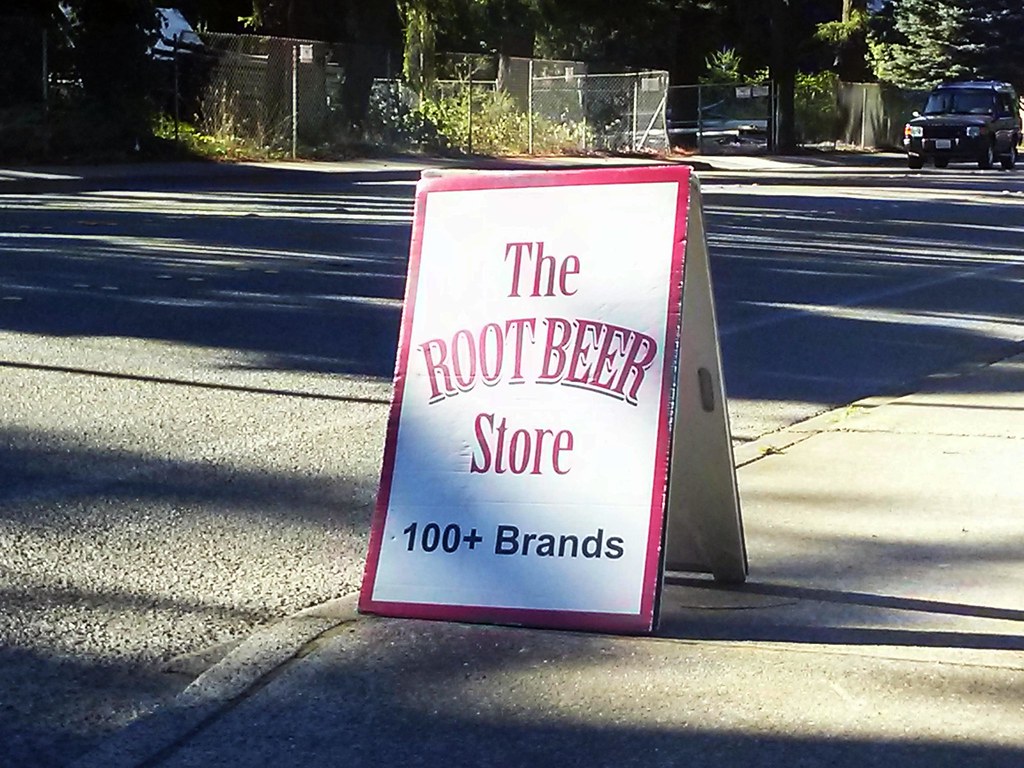 You and I in a little root beer shop,
Buy a case of root beer with the money we’ve got.
Popping tabs at the break of dawn,
Til one by one, they were gone

Back at base, cream floats everywhere.
Flash the message, a shortage’s out there!
Drink it down in the summer time,
99 root beer cans go by…

99 root beer cans,
Cooling down the summer heat.
Panic bells, its shortage alert!
There’s no root beer somewhere out there!
The Root Beer Store springs to life,
Opens up to waiting eyes,
Quenching thirsts as 99 root beer cans go by…

99 cans of pop,
99 spectators stop.
Which to choose, what a worry!
Decide now, we’re in a hurry!
The important choice: whats loyalty for?
This is it boys, the soda war!
The popular brand all lead the line,
As 99 root beer cans go by…

99 cans tossed in the air,
With flashy logos everywhere.
Everyone feels young and slim,
Everyone feels cool refreshed.
With so many drinks to identify,
Categorize and classify.
Fizzing in the summer time,
99 root beer cans go by…

99 deams I have had,
In every one a root beer can.
It’s all over and I’m no longer thirsty,
In this sassafras-less city.
If I could find a souvenir,
Just to prove root beer was here…
And here is an unopened can,
I think of you, and take a sip… Welcome… to “The World” ~Ovan to Haseo, .hack//GU A favourite quote from the .hack//GU video …